Stock Exchange Day
The very first virtual edition of our yearly highlight - the Stock Exchange Day - will provide thought-provoking insights into the main topics shaping the international capital markets of the future, with a specific focus on the Luxembourg financial centre.

During the 90-minute conference, a series of industry experts, political leaders and tech start-up founders will discuss the impact of Brexit on the financial cooperation between the UK and Luxembourg, paint a picture of what the future holds for sustainable finance and zoom in on how technology is driving capital markets forward. 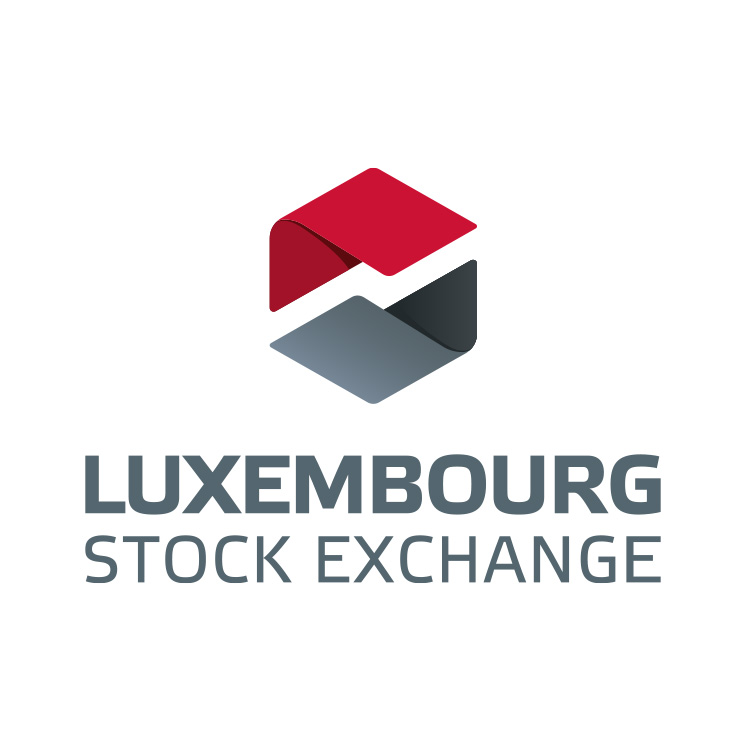 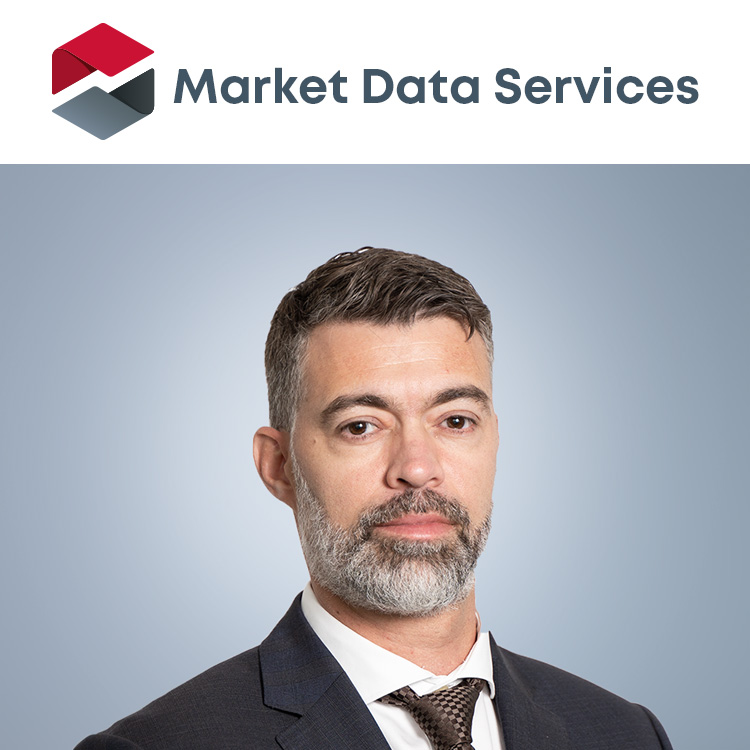 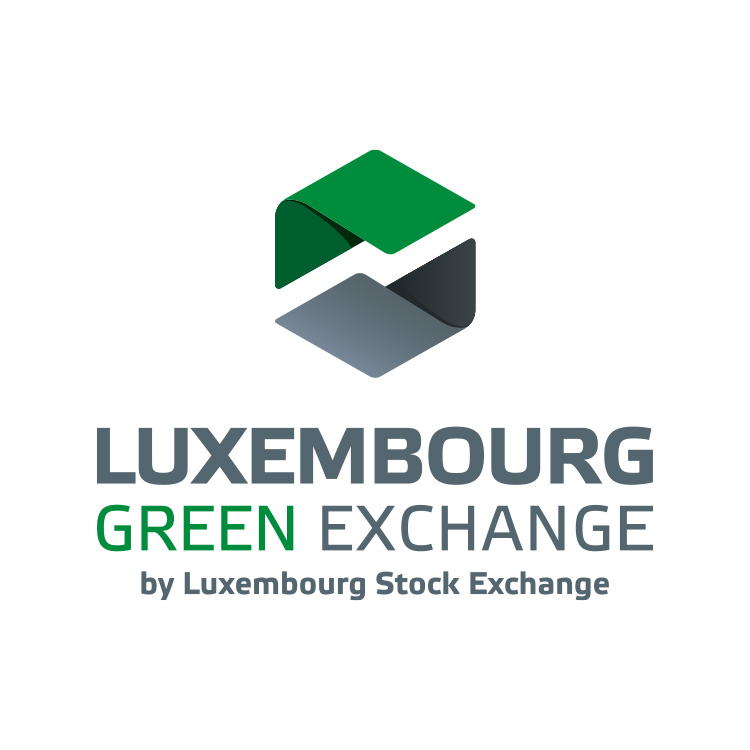 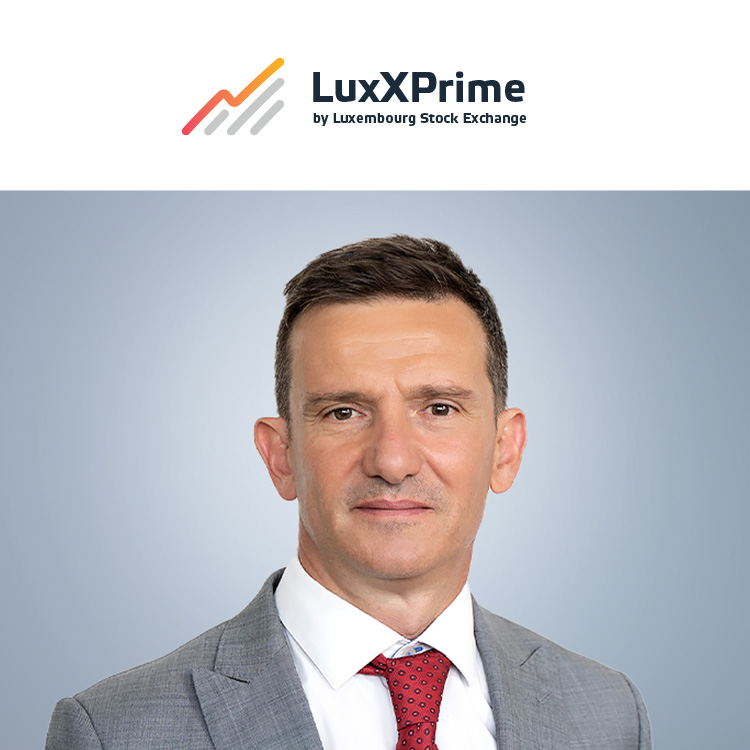 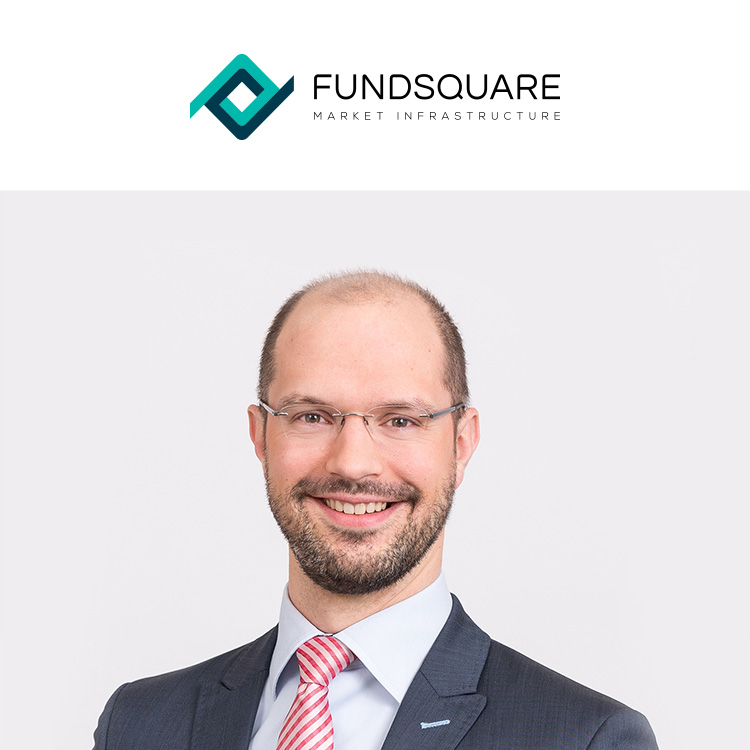 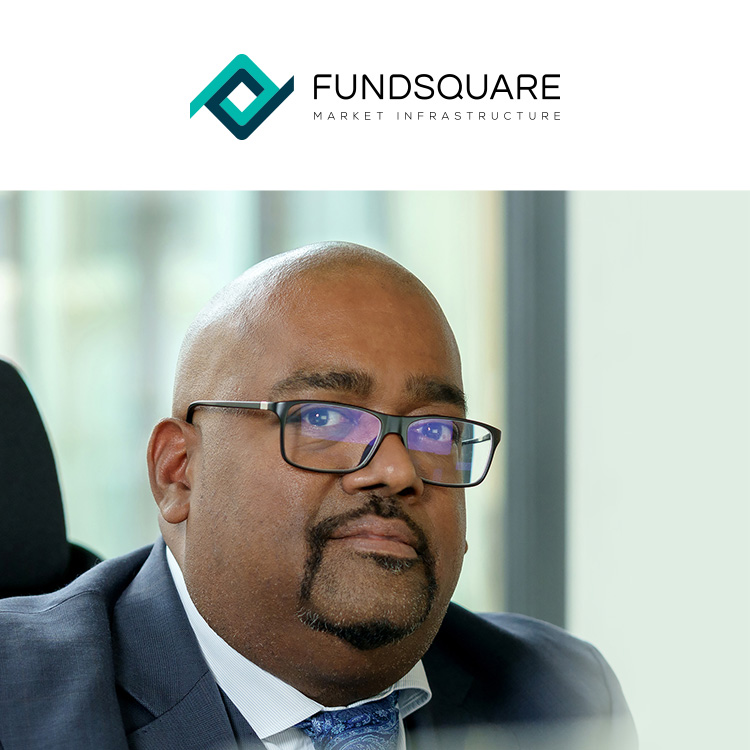 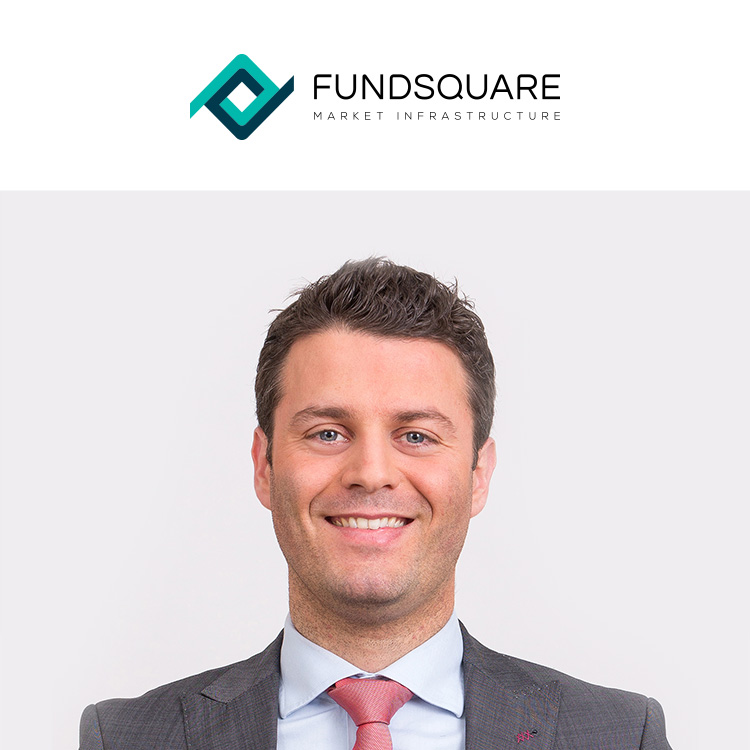 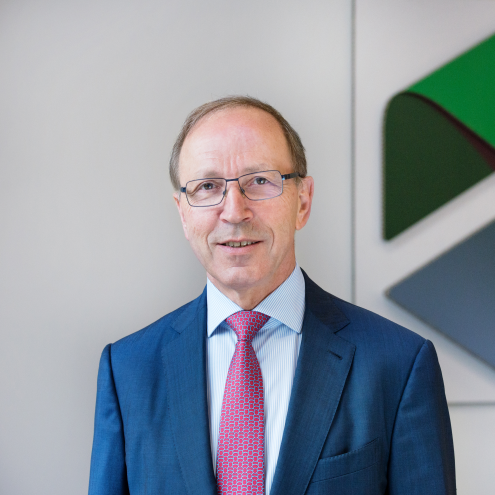 Robert Scharfe is the CEO of the Luxembourg Stock Exchange since 2012 and he serves as Chairman of the Governance and Nomination Committee of the World Federation of Exchanges.

He’s a recognised expert in Capital Markets matters and a specialist in Green finance.

Before joining the Luxembourg Stock Exchange, he spent 35 years in the Banking industry, mostly in Corporate Finance and Financial Markets. Between 2000 and 2012 he was a Member of the Management Board of BGL BNP Paribas in Luxembourg. During that time he also assumed senior responsibilities within Fortis Bank in the areas of Institutional Banking and Global Markets.

During his banking career, he acquired extensive knowledge in International Capital Markets and gained solid experience in Asset Management and Investment Funds.

He holds a master’s degree in Economics from the University of Nancy and he is an alumnus of Instead and of Fontainebleau Stanford Graduate School of Business, Palo Alto. 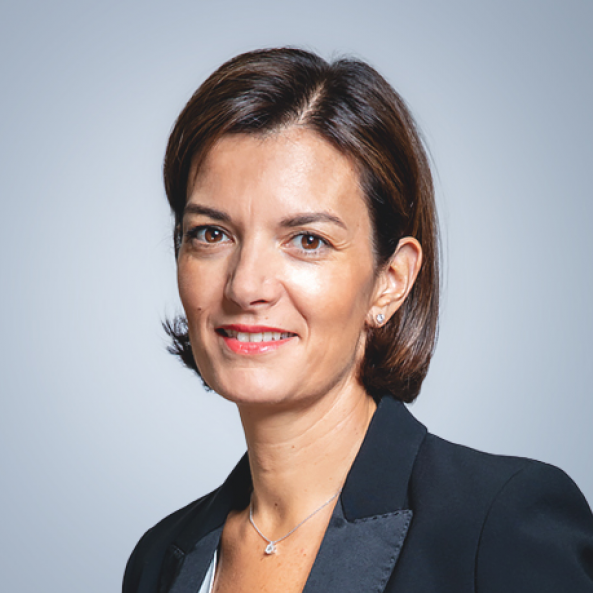 Her career in the financial sector in Luxembourg spans over two decades and includes positions at the Central Bank of Luxembourg and Dexia. Widely recognised for her expertise in the field of sustainable finance, Julie Becker has represented LuxSE and LGX at numerous, international expert forums and conferences over the past years, including at the prestigious EU High-Level Expert Group on Sustainable Finance from 2016-2018. She is also the Chair of LuxCMA, a capital markets industry association established in 2019.

Julie Becker specialises in regulatory and legal matters linked to capital markets, and joined the Luxembourg Stock Exchange in 2013. She holds a Master Degree in European & Corporate Law and a Master Degree (DEA) in Private Law from the University of Nancy II, France. 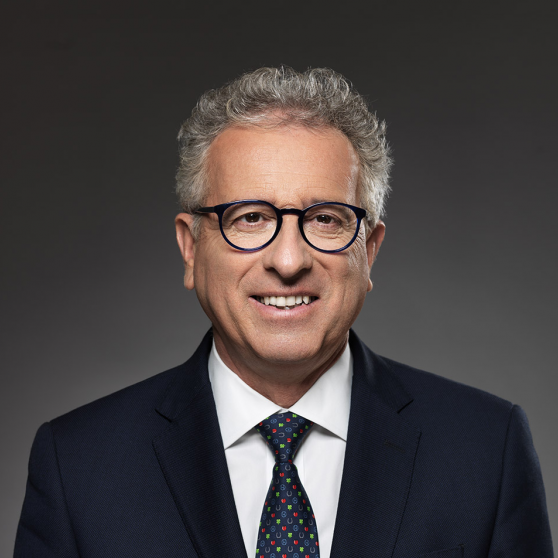 Pierre Gramegna was born on 22 April 1958 in Esch-sur-Alzette. He pursued studies in law and economics at the Université Panthéon-Assas (Paris II), and completed his post-university education with a DEA (postgraduate diploma of advanced studies) in European Union law.

Following the legislative elections of 14 October 2018, Pierre Gramegna was re-appointed Minister of Finance on 5 December 2018 in the coalition government formed by the Democratic Party (DP), the Luxembourg Socialist Workers’ Party (LSAP) and the Green Party (déi gréng).

Pierre Gramegna had first joined the government as Minister of Finance on 4 December 2013, after the legislative elections of 20 October 2013.

As Minister of Finance, Pierre Gramegna has initiated major reforms to balance the budget and to align Luxembourg’s tax rules with international transparency standards. Minister Gramegna is also a promoter of the diversification of Luxembourg’s financial center, in particular with regard to Fintech and sustainable finance.

As career diplomat, Pierre Gramegna joined the Ministry of Foreign Affairs in 1983. He was subsequently appointed political and economic affairs advisor to the Luxembourg embassy in Paris in 1988. In 1992 he was appointed consul general and director of the Board of Economic Development in San Francisco.  From 1996 to 2002, Pierre Gramegna was Luxembourg’s Ambassador to Japan and South Korea. He was subsequently responsible for the Directorate of International Economic Relations at the Ministry of Foreign Affairs.

In 2003, Pierre Gramegna took up the position of director general of the Chamber of Commerce. Prior to joining the government, Pierre Gramegna was also member of the executive board of several companies, including in particular Cargolux Airlines International SA (as chairman from 2004 to 2008) and the Luxembourg Stock Exchange (Bourse de Luxembourg). 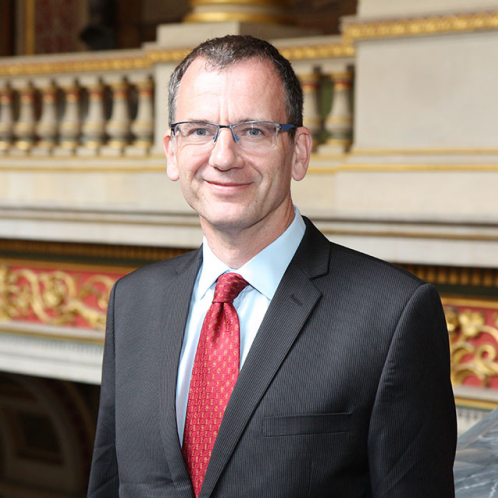 John Marshall has been Her Britannic Majesty's Ambassador to the Grand Duchy of Luxembourg since presenting his credentials to HRH Grand Duke Henri on 14 April 2016. He was previously British Ambassador to Senegal and non-resident Ambassador to Cabo Verde and Guinea-Bissau from May 2011. John Marshall joined the Foreign and Commonwealth Office in 1988. He has also previously served in Tokyo, Kuala Lumpur and Addis Ababa. 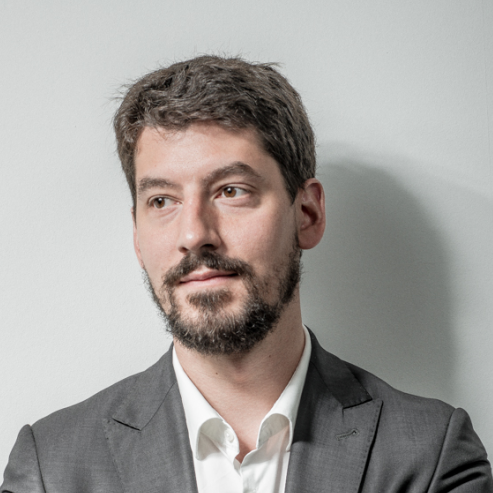 Christian Gillot is the CEO and founder of Tetrao, an artificial intelligence start-up dedicated to document collection and data point extraction at scale especially for the investment funds and the bonds industry.

Before he founded Tetrao, Christian held various positions in R&D in the services, the banking and the publishing sectors.

Christian holds a PhD in Machine Learning from the Computer Science laboratory of the University of Henri Poincaré - Nancy I (France). 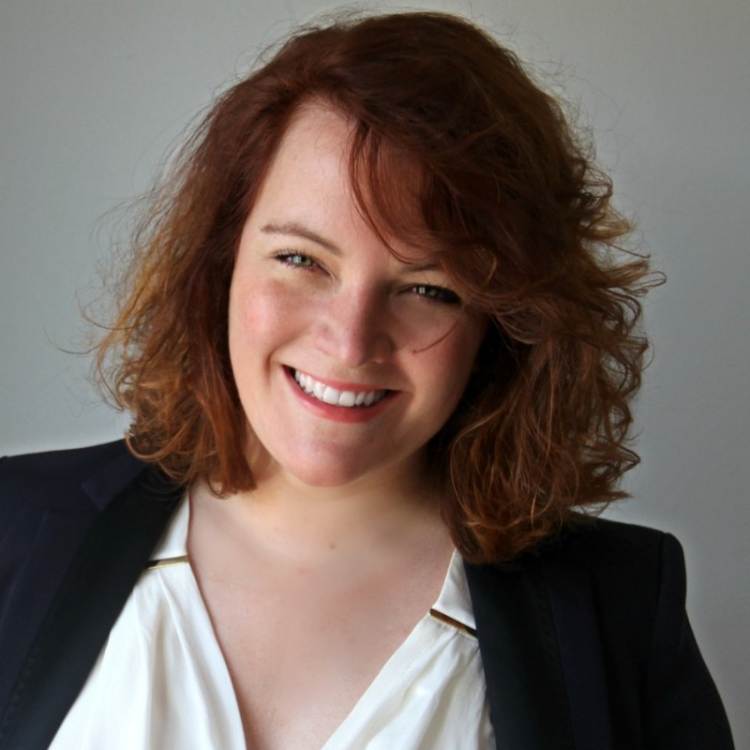 Gaëlle Haag has spent the first 13 years of her career working in the asset management and wealth management industry - first as a consultant at McKinsey and then as Group Head of Sales for KBL epb, now Quintet.

She created StarTalers to democratise personalised impact driven financial advice and support women in particular to take ownership of their financial future while investing with purpose. 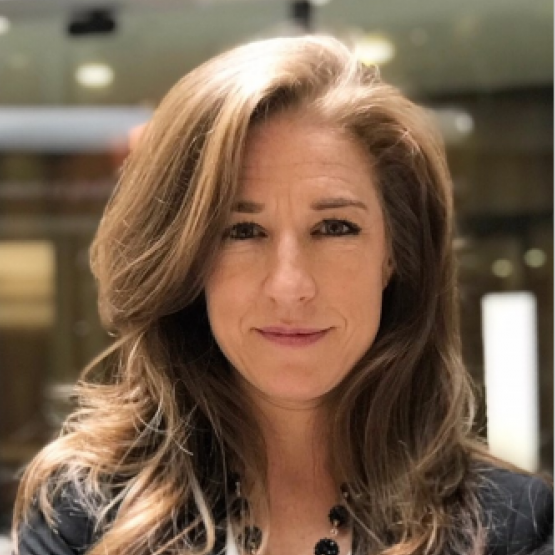 Justine has spent much of her career helping business leaders and governments find solutions to the global challenges of climate change and sustainable development. She has provided advisory services for a number of global institutions and governments across Europe, Africa, India, and Latin America. Her areas of focus include sustainable finance in emerging economies, climate change mitigation/adaptation strategies, economic valuation and market-based instruments for managing natural resource assets.

She is currently the Deputy CEO and Director of Market Development at the Climate Bonds Initiative (CBI), an investor-focused global organisation working to mobilize debt capital markets for climate change solutions. Her primary focus is in the emerging markets where she works closely with both public and private sector actors in developing national policy guidelines and investment roadmaps that will enable access to green bond financing. Currently, she leads CBI’s efforts in Latin America, South East Asia, Africa, and China.

Previously, she was heading the development of the International Climate Bonds Standard Program, where she worked closely with industry leaders and global experts in establishing a screening tool for investors to easily prioritise climate and green bonds with confidence

Justine has an MSc. in Molecular Science from Yale University and an MSc. in Environmental Economics and Policy from Imperial College, London. 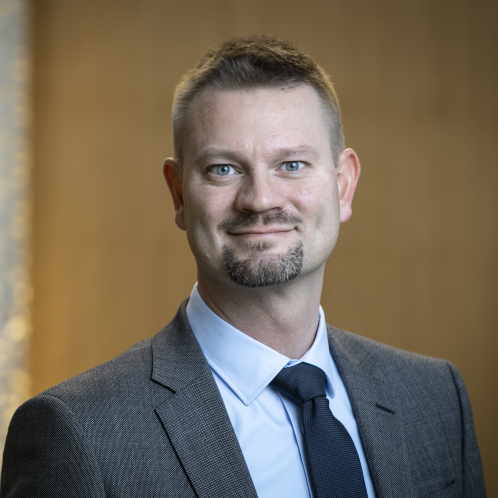 Olivier Portenseigne was appointed CEO of FundsDLT in May 2020, when the company was incorporated. Prior to this Olivier led the development of FundsDLT project from its start in 2016, as a ground-breaking blockchain project initiated by the Luxembourg Stock Exchange and its subsidiary Fundsquare. From 2013 to 2020, he was also the Chief Commercial Officer and Managing Director of Fundsquare, the fund market infrastructure leader in data management and exchange. During his leadership, the company experienced high levels of growth and the launch of numerous new products and services. Olivier has more than 25 years of experience in the fund industry and he previously held various senior management positions related to shareholder services and distribution support activities at RBC Investor & Treasury Services. 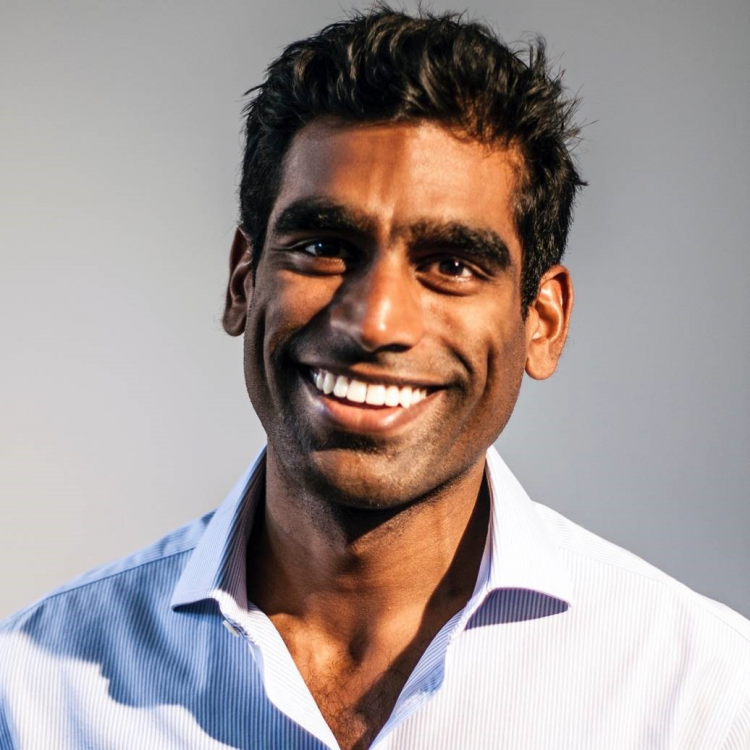 Originally from San Francisco, Raja spent the first 7 years of his career as a corporate bond and derivatives trader in London, working on the trading floors of Lehman Brothers, Nomura, and most recently at Credit Suisse.

The idea for Origin was conceived after observing the frustrations of clients during the corporate bond new issuance process and being inspired by other successful examples of the transformative power of technology in financial services.

Raja holds electrical engineering and biology degrees from the Massachusetts Institute of Technology. 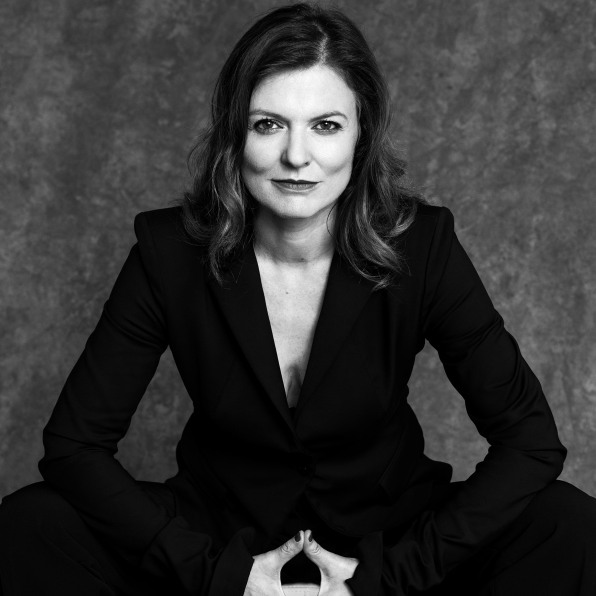 Nathalie Reuter has over 20 years of media experience as a TV presenter and journalist working for RTL Télé Lëtzebuerg. She is a known moderator of round table discussions and Master of ceremony of numerous events and international conferences. Nathalie holds a degree in journalism and communication from the Université Libre de Bruxelles and a Master of Business Administration from the Open University Business School in the UK. Currently, she is Head of editorial development at Maison Moderne.